Teenagers Make it Their Mission to Serve Homeless 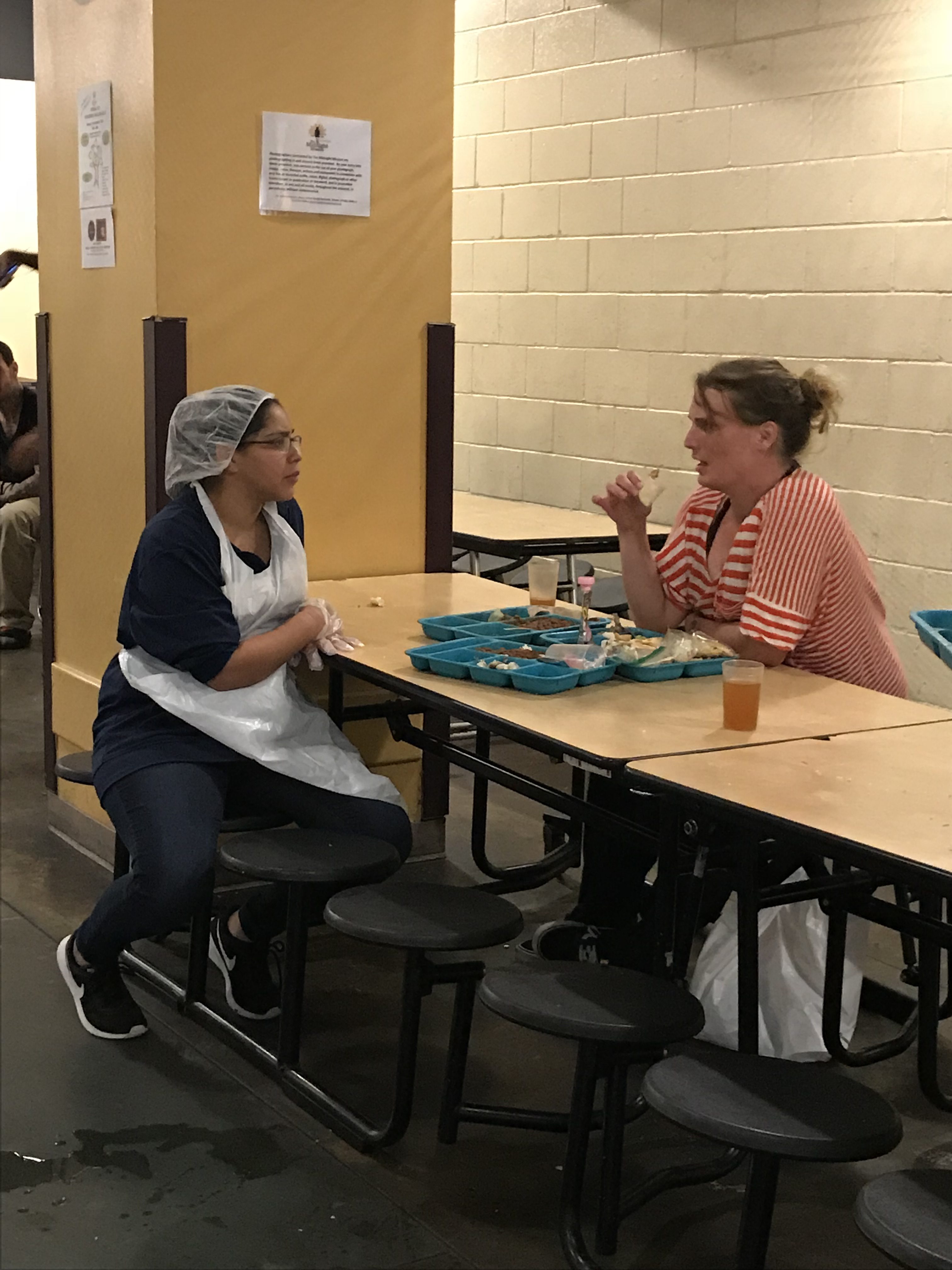 “Okay, guys, I’d like you to pay attention now.” At the sound of their supervisor’s directions, the kids strapped in the van ceased their chatter. “Look over there and notice what you see,” Jessica Ruiz continued. “This is where these men and women live.” The teenagers peered out of the large windows to the street lined by modest tents and makeshift tarp dwellings as Mrs. Ruiz, the Monrovia Day Program supervisor, showed them downtown Los Angeles’ Skid Row.

At the Midnight Mission, the teenagers toured the facilities and then trained to serve lunch in the cafeteria. By noon, a steady stream of people began to trickle in for lunch, and the teenagers were prepared to assist them. The majority of the girls and boys were stationed behind the serving line to dole out rice, salad, beans, burritos, and pastries to the people presenting their trays. 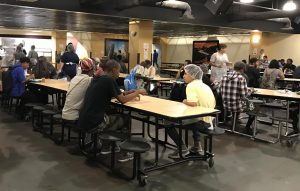 At risk students serve lunch in the Midnight Mission’s cafeteria. The students volunteer almost monthly at the organization that services the homeless population living on Los
Angeles’ Skid Row.

Of the experience, the student volunteers particularly enjoyed interacting with the people they served. “It was fun, and I enjoyed talking to people,” Monrovia student Andrew says. Michael agrees. He passed out beans to diners, and he found that everyone he served was “nice and cool.” Another student said that it was his first time visiting the Midnight Mission on a field trip: “I really learned a lot. I hope to do this again to experience more about the place and the people,” Andy explains.

As the students reflect on their time with the homeless, they ride back through Sixth Street. Again, Mrs. Ruiz prompts the students to pay attention. “These are the people that you just served lunch to,” she says. For the students, they’re not just leaving Skid Row; they are seeing the men and women they just connected with and where they live.