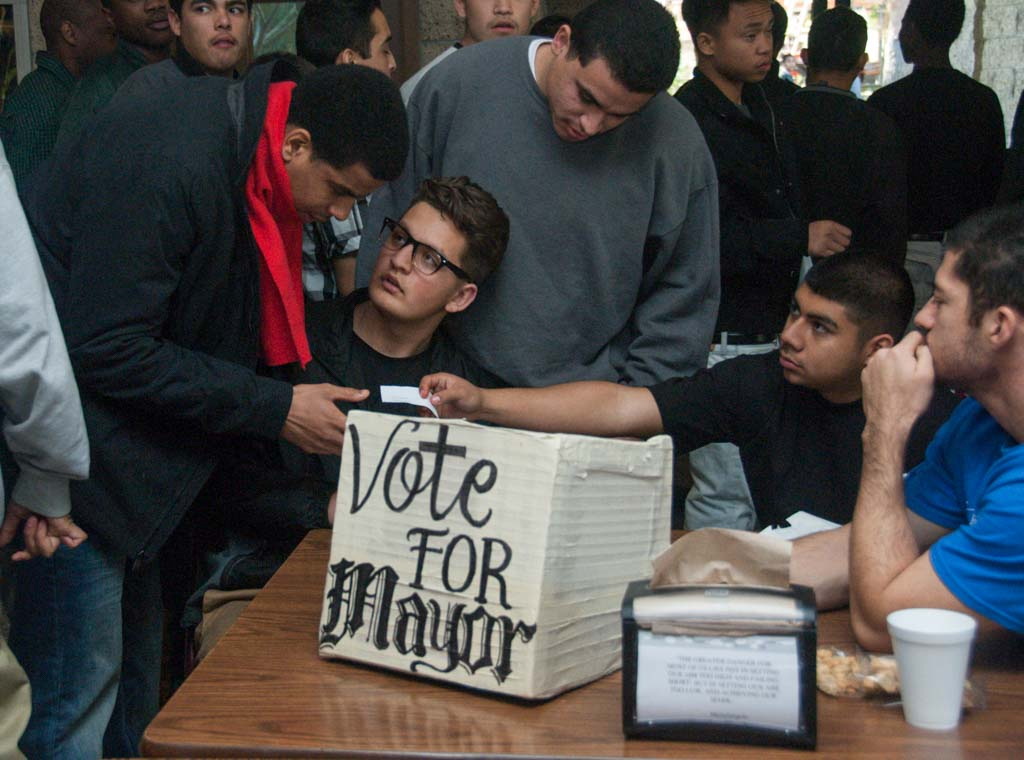 Today, Boys Republic students vote for a new student mayor. Teens crowd the table, eagerly taking turns scribbling on scratch paper. Seventeen year-old Michael instructs his peers how to cast their ballots. Each boy’s keen interest in dropping his candidate’s name into the ballot box shows his engagement in the small community nested in Chino Hills. 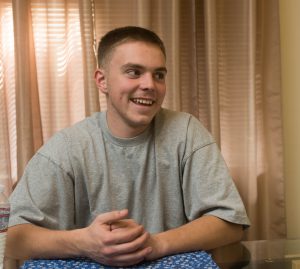 As the boys flock to the ballot box, student government clearly thrives during the lunchtime vote. Boys Republic’s student government guides troubled, often withdrawn teens to care for their community. BR alumnus Ivor Pyodeis understands this. The recent graduate served the Boys Republic community through student council. “The guys in my dorm elected me as councilman to represent them at student council meetings,” Ivor recalls. Every week, Ivor joined the young mayor, commissioners, and councilmen to report on student progress, voice his peers’ concerns to the council, and take critical information back to his dorm mates.

Ivor’s responsibilities continued daily in his dormitory. As a councilman, he had to “help resolve conflicts, lead by example, and uphold character.” From leading his dorm mates to lunch in an orderly fashion to modeling respectful behavior on off-campus outings, Ivor learned how to be “calm, collected, and practice self-control.”

These qualities were also taught in daily group counseling sessions. Ivor and his fellow students, along with every Boys Republic student, met each afternoon to review behavior issues and assess each other’s general progress. “If I was angry or irritated with someone or something during group, I learned to hold back and talk about my feelings instead of acting on them,” Ivor reflects. And as Ivor practiced self-control and clear communication in group sessions, he found he could help guide other students through their own problems and conflicts.

Ivor says that before he came to Boys Republic, his relationship with his family was destructive. He claims, “I wanted to help out my family since I had caused them so much stress, so I got involved at BR.” Ivor’s involvement at the school marked a series of firsts: his first sports competition, first job training in landscaping, and first graduation from school. Ivor’s varied experiences on campus bolstered his self-worth and sense of responsibility. Such experiences are also new for other students similar to Ivor. But by slipping their votes into the ballot box, Boys Republic students like Jose, Altin, and William begin to show their care for a community greater than themselves.