Staging Cultural Awareness at the Theatre 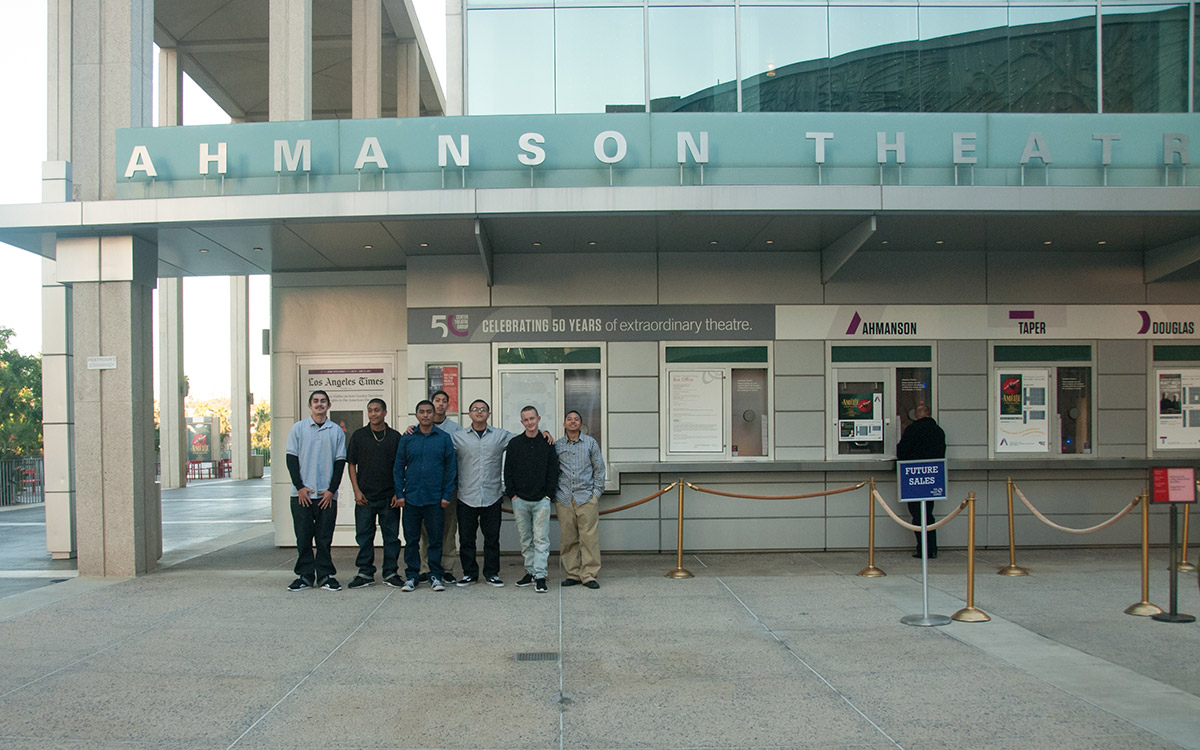 As the actors waltzed in the twilight, the young audience members sat mesmerized. Amélie, a whimsical daydreamer, finally found the courage to meet her love interest face-to-face. Though the students might not consider romance their favorite genre, they were riveted.

For two hours, Boys and Girls Republic students were swept into the fanciful Parisian streets of Amélie, A New Musical. Amélie’s daydreams, friendships, and match-making were brought to life on December 17 at the Ahmanson Theater. The performance was the first time the students had seen a musical.

In fact, the majority of the boys and girls attending Amélie had never seen a live performance. Many students come from impoverished communities where a visit to the theater or playhouse is a luxury they couldn’t afford. Their first trip to the theater in downtown Los Angeles was especially significant since the teens saw the musical before its Broadway debut.

The students were excited to review the production before audiences in New York City could attend its premiere. Boys Republic student Omar’s critique was straightforward: the acting was “on point.” The convincing portrayal of Amélie— whom Omar describes as helpful and caring—held his attention. He was even more impressed by the energetic performance of the actress who played a young Amélie.

Omar’s friend Johann was most impressed by the stunning set designs. “The sets and changing lights really kept me interested throughout the play,” Johann explains. His fellow students nod in agreement. “I really liked when Amélie spray painted the bridge. There were sound effects and lettering on the backdrop that looked so real,” Tobey adds. “I never saw anything like that.”

For other students, it was not so much what they saw but what they heard that was meaningful. Girls Republic student Karen’s passion is singing, and she was fascinated by the actors’ abilities to project their voices during the play. “The actress who played Amélie was amazing. I couldn’t believe how beautiful her voice was, and she was dancing throughout most of her songs!” Karen exclaims. Jose was also interested in the music. “I really enjoyed the orchestra. I kept looking down at them in the pit,” he says. Jose wants to learn to play guitar and piano, and he was inspired by the live orchestra that set the tone of the play.

The special theatrical experience was made possible by private donors, Mr. and Mrs. Charles Magistro. After reading about a student field trip to the Norton Simon Museum in a Boys Republic Report, the Magistros decided to contribute $15,000 towards cultural enrichment activities. The Magistros were particularly interested in exposing students to classical music.