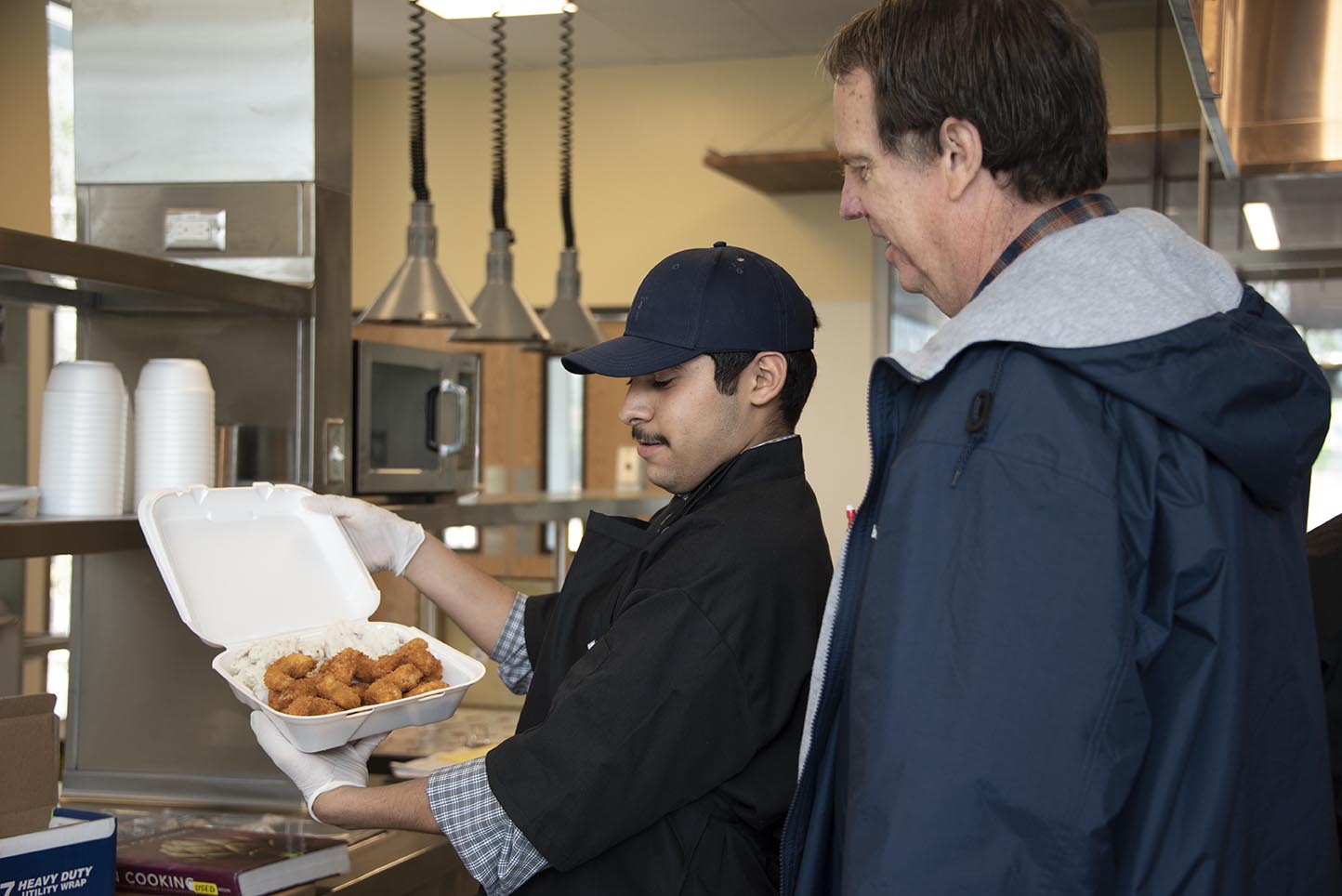 As they deshell the prawns piled in four silver bowls, the four students chat. “Oh, I don’t like the smell of these!,” Tykequoine exclaims. “Have you ever tried shrimp?,” inquires Manuel. Tykequoine, after a brief silence, responds with a quiet no. Another student, Fernando, has made shrimp before, but this is the rest of the students’ first time preparing the seafood.

This is one of several firsts for the students—they’re also the first class to learn in Boys Republic’s new Culinary Arts Classroom. The inaugural class’s fourth week of instruction covers deep-frying shrimp and mashing a side of potatoes. Pots of peeled red potatoes simmer on the industrial cooktops as the students prepare the prawns. Matthew, who’s just starting to deshell his, struggles with the process. “Go ahead and use the knife to cut the tail,” says instructor Kelly Roth. Matthew slices through the shrimp’s end while Kelly guides him as he uses the paring knife to strip the outer layer and vein. 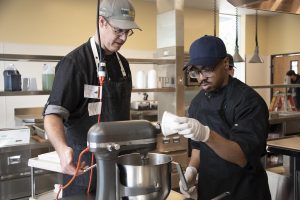 A student learns how to use kitchen equipment to make mashed potatoes.

Manuel and Fernando take their deshelled prawns over to the expansive cooking island and begin to gently drop them, one by one, into fryer baskets. Frying is now on the menu of cooking methods students learn in the class, whereas previous classes did not have fryers available for the teens. In fact, prior classes were held in the campus cafeteria between meals on propane-fueled cooking units that resembled camp stoves. Students now train on modern commercial food services equipment that they would encounter in any entry-level restaurant job.

Even if the students decide not to enter food services, they learn how to safely and effectively cook using a variety of methods. The mashed potatoes and fried prawns are just two of the dishes they will learn how to make. At the end of class, the students arrange their meals into containers, and three of the boys decide to give them to teachers or staff. Tykequoine, however, rethinks his original dislike of the shrimp smell. He bites into one. “Well, what do you think?,” Kelly asks. “It’s pretty good,” he admits. Tykequoine’s first bite of shrimp represents something bigger: his exposure to the art of cooking, acquiring competitive job skills, and gaining confidence in the Culinary Arts Classroom.