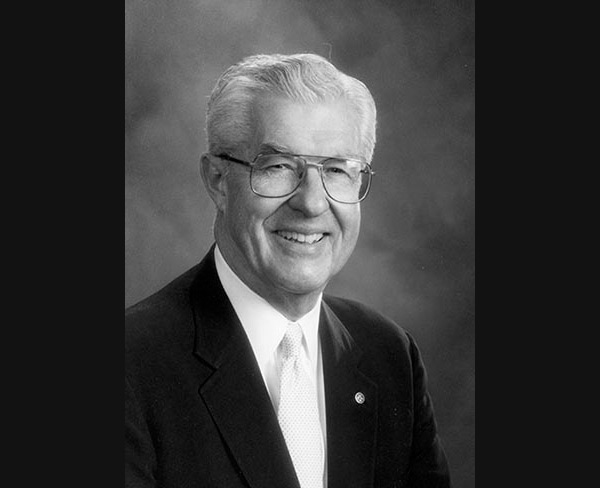 A very notable event occurred in 1949. It was in this year that Pasadena volunteer John F. Watkins co-founded a bachelor organization “Los Solteros” whose philanthropic mission was to provide support for the disadvantaged students of Boys Republic. Their first project utilized Watkins’ engineering skills to install a running track at the agency’s 200-acre campus in Chino Hills. Thus began Watkins’ nearly seven decade span of continuous volunteer service at Boys Republic. In 1970 he joined the agency’s Board of Directors and quickly assumed a leadership role, serving as Board President from 1976-1980. He was noted as an outstanding President who paid attention to every detail and read every document including tabulating the rows and columns of every page of the financial statement. Throughout his service as a Board member, he always came prepared having read not only the current agenda but also the items from the previous meeting to make certain nothing had slipped past the Board or the staff. Mr. Watkins died December 9, 2017 at the age of 92.
Members of the Boys Republic community provide us with their memories:

“As each has received a gift, use it to serve one another” (Peter 4:10). John Watkins was the embodiment of this Christian call to service. He was blessed with gifts of wisdom, mercy and determination and he gave generously. An agency with over 110 years of history has had thousands of influential leaders, board members and staff delivering on a mission of service toward at-risk youth. John’s 68 years of affiliation and 47 years on the Board of Directors are unparalleled and would definitively place his welcoming countenance on the Mount Rushmore of Boys Republic. He brought warmth to every interaction and was that person you always looked forward to seeing again, even as you were just saying goodbye. For his many decades of service John was the rudder of our ship, providing steadying guidance to the Board while embracing the possibilities of new ideas. Perhaps, my most awe-stricken moment with John was attending his 90th birthday party as I interacted with hundreds of guests who loved him as deeply and had been impacted as greatly. It seemed incomprehensible that he could have touched as many other people, agencies and causes as meaningfully as he had the lives of the thousands of youth from Boys and Girls Republic, but it was true. It was the consequence of this man that fully embraced God’s call to service . . . this man that I will forever be blessed to have known, worked with and called my friend.”
Chris Burns 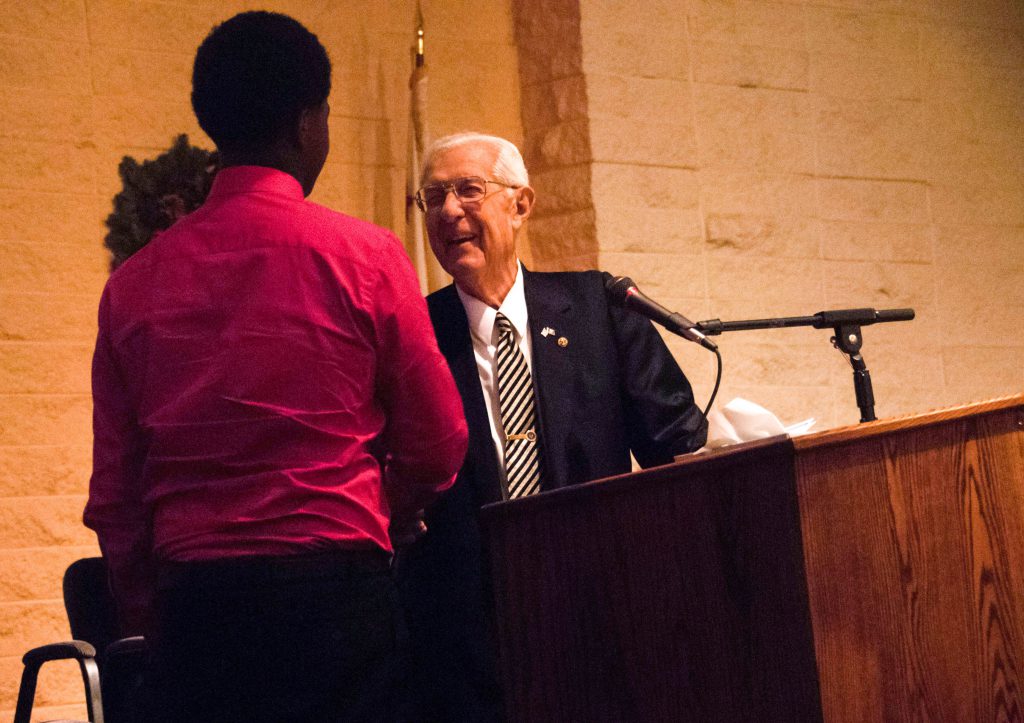 Annual Awards: John Watkins attended every meeting connected with Boys Republic. Above, he presents the Mark M. Davids Leadership Award to a deserving student at the agency’s Annual Awards Ceremony. Mark M. Davids was one of the founding members of the Los Solteros organization.

“My memories of John are ones of respect and admiration for his humor, intelligent and purposeful thinking on issues, his loyalty to Boys Republic, his faith and his family.
I treasure the hours I was fortunate enough to spend with him driving him back and forth to Pasadena from meetings, and the conversations we had about life, BR and the world as he saw it and participated in it as someone who made a difference. He will always be a hero to me, a unique and very special person I was very lucky to know.
My fondest memory? Of John, in his blue blazer and Navy-themed tie, singing ‘Won’t You Come Home Bill Bailey’ at a Girls Republic Christmas gathering, the girls and staff totally enjoying the moment.”
Jeff Seymour 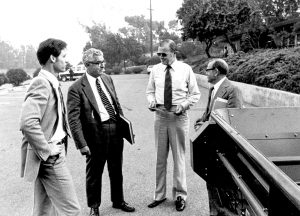 Philanthropic recognition: In 1980, Boys Republic needed a new manure spreader for its farm program. John Watkins, who was then a senior executive at Jorgensen Steel, approached Mr. Earle M. Jorgensen for the contribution. Mr. Jorgensen called Boys Republic’s Executive Director to say that he would buy the manure spreader under one condition, namely, that we place John Watkins’ name on the piece of equipment. In the photo, Board of Directors members Ed Korbel (center) and Joe Rice (right) present Watkins with the plaque as they view the newly-acquired manure spreader.

“John was a truly honest, trustworthy man. He followed through with every assignment given to him and was always candid but careful in his comments at Board, political and community meetings. He was true at all times to whatever thing he was entrusted with. In all the years John was on the BR Board of Directors, he attended every meeting connected with the agency. He not only attended Board meetings, but also every other student graduation, Auxiliary function and all State, County or City meetings where BR was a subject of discussion.”
Max Scott

“Why would anyone care to give to Boys (and Girls) Republic? John answered that question back in 1995 when he played a key role in the writing of our case statement. He knew our agency intimately and understood charitable giving just as well. While we’ve periodically updated minor details of this important document, it remains at its core just as relevant and useful today as when it was first written. John’s wisdom was truly timeless.”
Jerry Marcotte