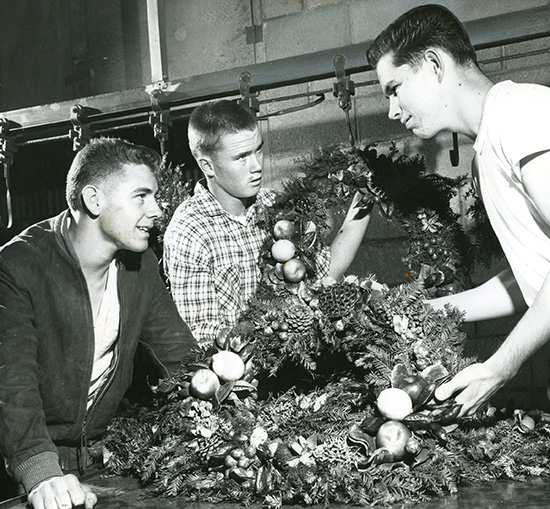 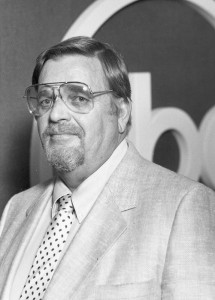 In the White House, in high-rises and in homes across the nation, Della Robbia Christmas wreaths are hanging. They are the work of a [106]-year-old Southern California institution for troubled and homeless youngsters known as Boys Republic, a school studied by Father Flanagan before he built Boys Town in Nebraska.

I know something of Boys Republic in Chino and its wreath program. Like Steve McQueen, I am one of 15,000 citizens the school has turned out since 1907. My number was “3543”. But my story was not that different from the thousands of other California youngsters who were sent to Boys Republic.

Before I entered the institution, I had been in juvenile hall twice. My exasperated parents took me the first time, the law the second. It was the luck of the draw that I was sent to Boys Republic. I didn’t know what was in store for me in Chino, but I know it had to be better than a probation camp or a CYA facility. I didn’t know how much better until I arrived.

Boys Republic doesn’t look like a correctional institution. There are no walls, no fences, no cell blocks, no uniforms. There are no guard towers. Indeed, there never have been any guards.

Instead, Boys Republic is more the rural college campus: Pretty cottages set on 211 acres of rolling green hills, rich lawns and tall, leafy trees. Much of the acreage is devoted to a farm and dairy, which, along with the Della Robbia program, pay for nearly 50 percent of the school’s budget. A gym, football and track field and Olympic-size swimming pool occupy one section of the property. In another area, school rooms, vocational shops and a small auditorium are clustered.

I well remember my high-school graduation ceremony in that little auditorium, because the speaker was Dr. Robert A. Millikan, Nobel Prize winner in physics. My job was to escort him around the grounds. It spoke volumes, to me that this man would speak to our class of eight. It still says volumes to me today.

Another enduring memory of those days at Boys Republic was working on the farm. Like most at the institution, I was a city kid who knew how to “hot wire” a car but couldn’t distinguish between the rear ends of a cow and a horse. Before I left Chino, I’d herded cows on horseback, milked cows, slopped hogs, watered alfalfa and cut and bailed hay.

WREATH PRODUCTION: For many ― if not most ― of Boys Republic’s students, the annual Della Robbia wreath project is their first experience working in a production environment. On the job, they learn good work habits, such as: showing up for work on-time, working cooperatively with others, taking care of tools and equipment, accepting direction from a supervisor and applying oneself to the task at hand.

Boys Republic’s guiding philosophy has never really changed: Take in troubled kids, teach them to be accountable and responsible for their actions and learn the lesson that there is “nothing without labor”.

As important, if not more so, is the professional staff who carries out this policy. They are counselors, not keepers. For many of us, it was the first time that authority figures treated us with respect. At bottom was and is the conviction that troubled kids shouldn’t be condemned to a troubled adulthood.

Wreath production peaked some years ago, and there are no plans to increase it (nearly 57,000 wreaths this year). The school’s executive director, Max Scott, says Boys Republic is in the “boy”, not wreath, business. Wreaths will remain a “sideline.”

Indeed, an impressive list, but one no more distinguished than that of Boys Republic supporters: The thousands of boys who have graduated from the program and gone on to lead productive and happy lives as lawyers, doctors, teachers, public administrators, law-enforcement officers, businessmen, engineers, professional athletes and youth workers. Many of them have joined the Boys Republic Alumni Association whose purpose is to serve as Big Brothers for the youngsters who are now attending Boys Republic.

The program also has another mission: to show the public that many of us who had a rocky start in life overcame our problems and became productive citizens. In a day when losers attract more attention than winners, it’s good to know that there is a program that has been turning out good citizens on a regular basis for [morethan] 80 years.

Boys Republic Alumnus John Babcock, the author of “3543: A Different Kind of Christmas Story”, provided a model of hope and inspiration for hundreds of youth in the agency’s care.

He earned a distinguished reputation in the field of journalism. Among many credits, Babcock won the prestigious Peabody Award in 1977 and an Emmy in 1979. His career in television included work as on-camera reporter, writer, producer, news executive and director of special projects and news operations.

Community service was a dominant theme in Babcock’s life. He served as president of the Southern California Radio and Television News Association and was active with the California Freedom of Information Committee.

He became, in 1985, the first alumnus to serve as a member of Boys Republic’s all-volunteer Board of Directors. In 1996, he served as its President until his death in 1997.